The conventional wisdom is that photographing race cars requires a long telephoto lens with a fast f stop and a sturdy support.  That's why you always see those guys with a gigantic lens perched atop a monopod taking photos around the track. 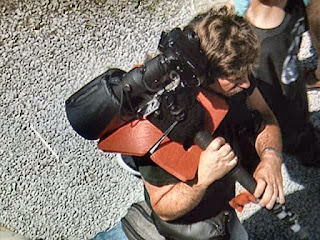 Now I'm not saying that shouldn't be the preferred (or even easiest) way to go but I'm going to show how you can get perfectly acceptable photos using a cheap, hand held mirror lens.

Mirror lenses typically come in around 500mm and a f8 aperture.    This means they have great magnifying power but are pathetically dark when looking thru the viewfinder.  They are also very finicky with focusing usually requiring hair-trigger accuracy.

The mirror lens itself is mostly empty - that's why it's incredibly light for its resolving power.  Light comes thru the front element, bounces against a mirror on the backside, back to the front side mirror and then back to the camera sensor.  This "Z" folded light path means that the light path is a lot longer than it looks just from the size of the lens.  This also makes this type of lens very economical - cheap even.

Now the lens that I use is an old Sakar 500mm f8 with a 67mm front filter (most have 72mm filters for some reason).  This lens fits any camera as long as you screw on the right adapter.  It's also completely manual - no automatic focus and no setting the f-stop (there's only one anyway, f8),  If there's not enough light, you have to rely on your camera's shutter speed (limited to higher shutter speeds because of camera shake) or ISO adjustment to make up for it.  I suggest just using it on a sunny day. 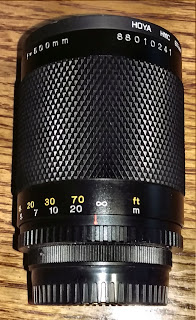 
The only way this works for me is to pre-focus on where I think the car will be and then hit the shutter button when the car enters the frame. There's a lot of wasted shots but, hey, it's digital. In retrospect, you should use your camera's continuous shooting mode to make multiple exposures so you'd have a better chance of capturing the right moment.

So here's a couple of hand held shots with this Sakar lens mounted on a Nikon D300s: 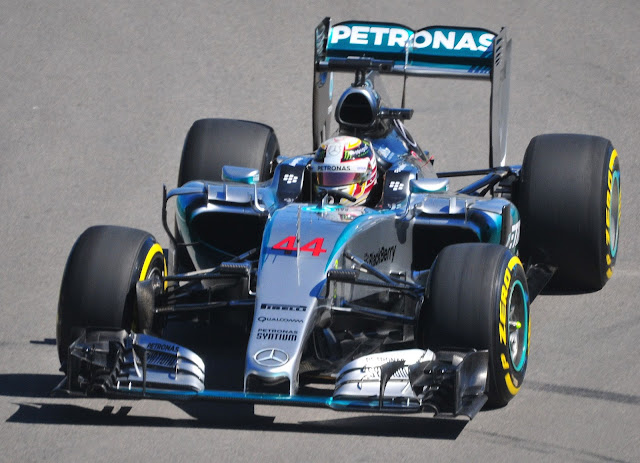 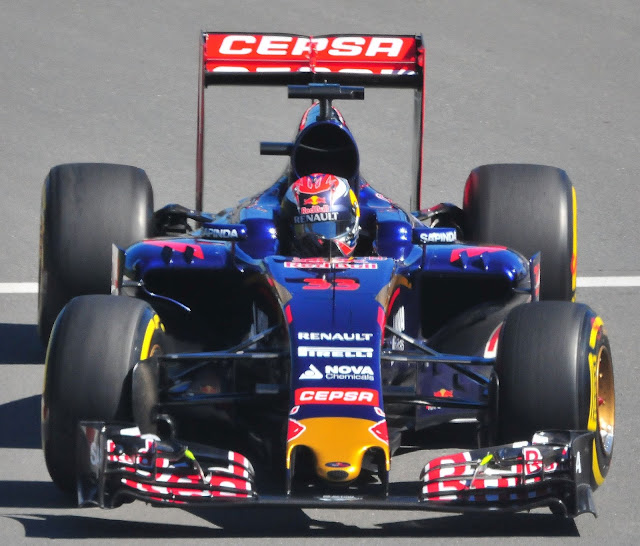 Not too bad considering the cheap mirror lens used. Hamilton's #44 was shot at 1/640 seconds while Max Verstappen in the second shot was at 1/1000 second. Both were hand held - no monopod or tripod.

Here's a photo showing where I was sitting to take these shots just to give you an idea of this lens' magnification.. 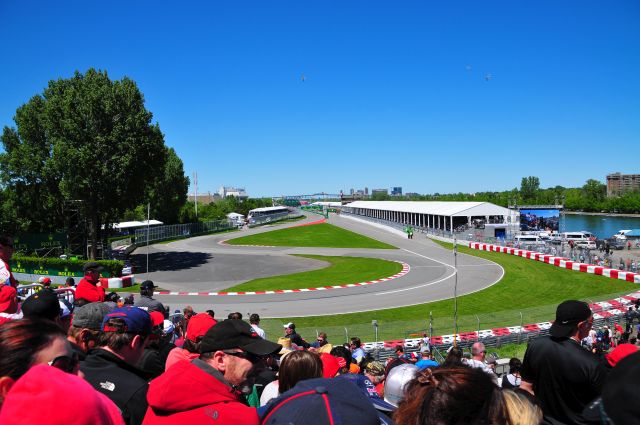 I used that faint horizontal white line on the track to focus on and pressed the shutter when the cars appeared in the viewfinder.